Aptoide Is an Unofficial App.

Please be aware that Jolla did not create the Aptoide app and has no control over it. Simply put, Jolla has made this Android app accessible through the Jolla Store.

Please get in touch with the Aptoide firm directly if you have any complaints about Aptoide or any of the apps that are offered in the store.

Purchase the Sailfish X license first if you don’t already have one from the Jolla Shop. Make sure the license you choose is compatible with your phone.

Learn how to activate the license on your phone in this post.

In the app grid, click the Jolla Store icon.

Go to the “Jolla” folder by scrolling down. The item “Android App Support” will then appear. Pull down the “Install” command by tapping it.

How to Install Aptoide Download and install Aptoide Store from the Marketplaces folder in the Jolla Store after installing AndroidTM App Support. The Aptoide app displays an orange symbol with a white V shape on it.

With a similar icon to the Jolla Store, the installed Aptoide Store may be found after your other installed apps on the App Grid.

Obtaining Software from The Aptoide Store

You will first see a brief tutorial and some disclaimers when you first open the Aptoide Store program. When you get past them, Aptoide’s home page will show up (see the screenshot below).

At the bottom of the screen is the toolbar. The “Home” button, which is located close to the bottom left corner, can be used to go back to the app’s main screen (or home).

The home view displays a few well-known applications. By touching the Programs button in the display’s upper right corner and scrolling the screen, you may get the actual list of apps organized into several categories. A list of the top apps will be displayed to you if you choose to touch “MORE” rather than scroll.

The apps you’ve installed on your phone are listed under the “Apps” button in the toolbar’s right corner (once you have done that). Additionally, it will say which of those apps have updates. 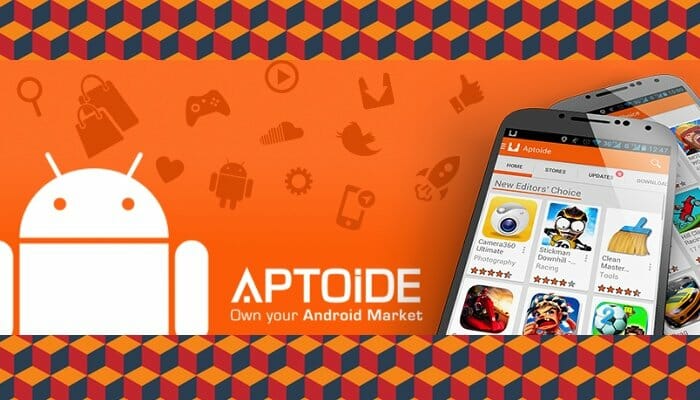 The application page for the chosen program will appear when you tap on a search result or an app icon anywhere.

Verify the publisher is accurate before selecting “Install.” If you don’t, you can receive a fake application. In the worst-case scenario, it can be an effort at exploitation.

Open the app grid and long-tap the app icons until they remove buttons (X) appear on them to uninstall apps on Sailfish devices. By hitting the X buttons on the apps you want to remove, you can actually delete them.

Using the Aptoide Store, you can also uninstall programs that you installed from Aptoide. By uninstalling in this manner, Aptoide can remain informed about the applications you have installed.

By heading to the “Apps” page (toolbar), which displays all Android programs loaded on your device, you can delete a specific app. When updates for your applications are available, Aptoide Store tells you. Go to the “Applications” tab on the toolbar and select “Update all” or just the specific apps you want to update to begin downloading the updates.

Retailers in The Aptoide Store

As previously indicated, the Aptoide Store is actually a conglomeration of various application marketplaces. Anyone is free to launch their own app store and publish their products on the Aptoide Store. Then, to increase the scope of your search results, you can “subscribe” to these shops.