NEWSPAPER DISCOVER THE ART OF PUBLISHING
Home Technology Avast Antivirus: Does It Protect Your Computer?

Avast produced the Avast Antivirus line of cross-platform internet security programmes for Microsoft Windows, macOS, Android, and iOS. The Avast Antivirus solutions come in both freeware and commercial versions, and they offer a range of services including firewalls, anti-phishing, antispyware, anti-spam, and antivirus software.

In February 2015, Avast introduced Avast for Business, a freeware business offering. A cloud management centre, web threat scanning, browser protection, and antivirus security are all included in this cross-platform package.

Avast is the most well-known antivirus provider on the market as of 2017, and it has the biggest market share for antivirus software.

Avast Free Antivirus received 6 out of 6 possible points in the “Protection” category in an AV-TEST test of various antimalware programmes conducted in February 2018. It successfully identified all of the test’s malware samples and received the “AV-TEST Certified” label. In an AV-Comparatives test of Android malware conducted in January 2018, Avast’s Mobile Security & Antivirus app identified every single malware sample.

Is the Antivirus Engine Trustworthy?

All of these things are actually simply a diversion because malware detection is the major part of the scan itself. Independent lab testing has revealed that Avast’s antivirus engine is highly regarded, cutting edge, and doesn’t flag any false positives. Few antivirus software packages get a better grade. Avast is also excellent at identifying and reducing the vectors—such as drive-by downloads and code injection attacks—through which malware spreads, according to tests done in genuine scenarios. In summary, Avast will be able to recognise the great majority of sophisticated malware kinds and will prevent the vast majority of them from ever infecting your computer. A routine scan will typically uncover any malware that evades detection within a day and eradicate the infestation.

As soon as malware tries to execute on a computer, Avast starts to function. The vast majority of pieces of known malware will be rapidly identified, quarantined, and removed. If an unexpected file behaves suspiciously, Avast stops the operation and examines the malware sample at its corporate headquarters. If you believe Avast may have overlooked a file, you may right-click any file in your Windows Explorer panel and choose the file or folder for individual scanning.

However, Avast excels at guarding against malware before it even touches your computer. Before they can start downloading malware into your computer, the majority of harmful websites are blocked in their tracks. Avast’s active security will only permit the malware sites to download a certain number of files before blocking them, and it will typically stop them once they attempt to execute. The remainder will be barred.

Virus websites are significantly less common and more difficult to make than phishing websites, which mimic social network login screens and banking login windows. It might be more important to protect users from these websites than from those that are malware-focused. Despite the fact that this is a costly feature, Avast manages to protect users from shady websites quite well. Their programme can both block websites that have already been added to blacklists and detect phishing sites that are too new for security researchers to have found.

Free Features Are Necessary for Quality of Life and Online Security.

First, Avast provides a variety of advanced security scans. This is distinct from the “Smart Scan” that you can access from the program’s main menu. When you select the “protection” tab, you have a variety of options, including “Full Virus Scan” and “Boot-Time Scan.”

Despite being faster than the Full Virus Scan, the initial smart scan is also more thorough. Despite the fact that it takes much longer—up to a few hours on a slower machine—it is more likely to find and eliminate threats. If you think your computer had malware on it before to downloading Avast, you should probably conduct a Full Virus Scan to get rid of any lingering threats.

A Boot Time Scan should also be carried out. Modern malware is so smart that it can persist even after its files are removed from the operating system of your computer. This is because these viruses are present outside of the primary OS. They simply reinstall themselves after being wiped by utilising files from a different location than the operating system. A boot time scan that is performed when your computer restarts keep an eye out for any suspicious apps that try to execute while it is already in use and stops them in their tracks.

Last but not least, Avast offers a WiFi scanner that is completely functional and designed to keep you safe at home and while abroad. When I turned it on, it immediately recognised my desktop, laptop, console, phone, and kitchen speaker as WiFi-connected devices. It would have found security holes like default passwords, internet-accessible ports, and other problems if my devices weren’t protected. 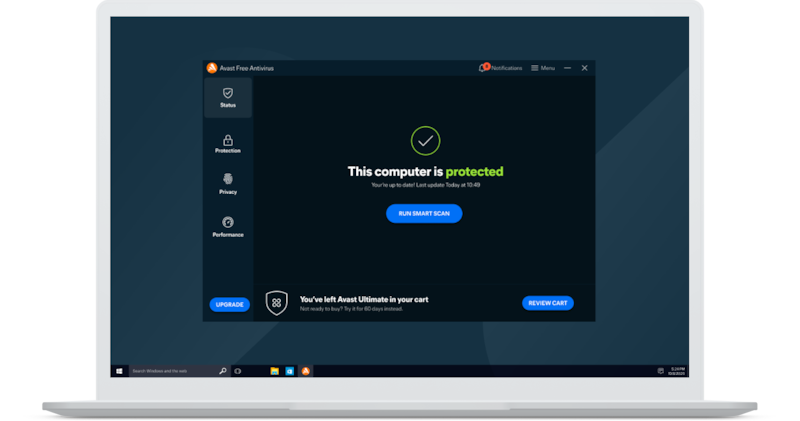 Beyond these sophisticated malware detection features, Avast doesn’t offer much, but you certainly wouldn’t need much more. For instance, there is software that costs money and claims to clean your computer’s hard disc. In the interim, C Cleaner is free. Desire to dispose of some very fragile items? By repeatedly writing over a file, Avast’s safe wipe tool can entirely delete it from your computer. Although the system delivers on its promises, it is difficult to see how anyone other than security experts would use it. Although competing standalone VPNs price less for equal capabilities, there is a premium VPN add-on available.

In conclusion, I enjoy Avast’s free version, but the corporation has lost its equilibrium when it comes to premium and paid pricing. These features won’t make you considerably more secure than the free software because the majority of its functionality can be achieved with free or less expensive third-party applications.

I was annoyed by Avast in this way. I am aware that the way antivirus businesses make money is by converting their free users into paying clients. Avast continually attempts to upsell me, and most of the time I ignore them, so I really shouldn’t complain. But what aggravates me is how frequently dark-pattern user interfaces are utilised to coerce me into paying.

If you are unfamiliar with dark-pattern UI, here is a brief explanation. Avast opens with a splash screen that features a sizable “scan now” button in the middle and a white box with a free gift.