NEWSPAPER DISCOVER THE ART OF PUBLISHING
Home Celebrities How Old Is Criston Cole? Who Is Ser Criston Cole and The Kingsguard?

Whether they are between a dragon and a human or between a father and a daughter, the relationships in House of the Dragon are all quite intriguing. The one we’ll talk about today isn’t related to blood. Knight Criston Cole serves with the Kingsguard. He appears to be Princess Rhaenyra’s oath-keeper as well. In House of the Dragon, they’ve developed a lovely bond. This is particularly clear in episode 3.

Rhaenyra Is Won Over by Criston Cole. 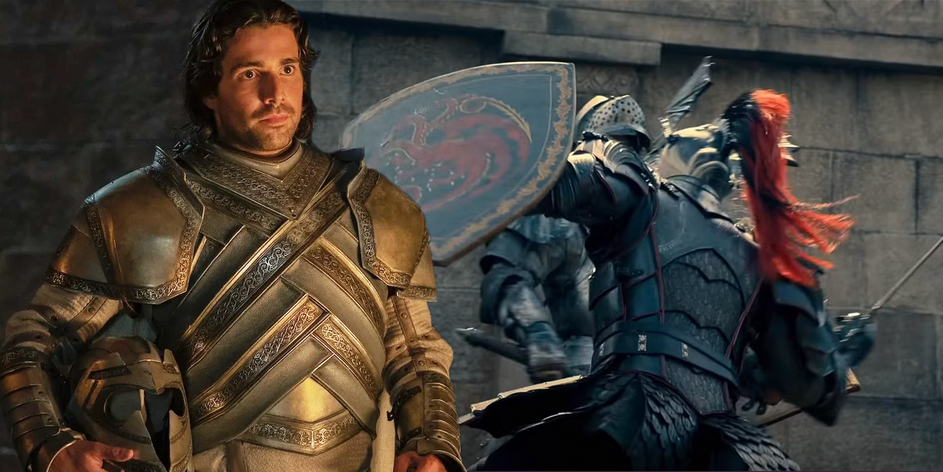 King Viserys holds a tournament in honor of his unborn son, who would become the next successor, in the very first episode. A Dornish warrior named Ser Criston Cole took part in it and even emerged victorious by thwarting Prince Daemon Targaryen. After this triumph, he begged Princess Rhaenyra for a favor so he could guarantee his victory throughout the entire competition. Rhaenyra observes the fights and shows an immediate interest in Ser Criston. Even Ser Harrold is asked about him by her.

Ser Criston is appointed by Rhaenyra to the Kingsguard.

King Viserys asks Rhaenyra to name a knight to the Kingsguard in the second episode of House of the Dragon. As the heir to the Iron Throne, he wanted her to fulfill this obligation. She promptly inquires about the knights’ battle background with Ser Harrold Westerling. It turned out to be Ser Criston Cole. This fact fascinated and impressed Princess Rhaenyra, who chose him right away. Rhaenyra was interested in learning more about his simplicity and breadth of experience.

Their on-screen friendship really took off at this point. Jason Lannister made Rhaenyra feel degraded, so she goes to King Viserys and demands an explanation. She is furious and rides out of the hunting camp on a horse after learning that she is being coerced into marriage. Ser Criston Cole pursues her like a devoted protector. But unlike the people around her, he was kind to her the entire time they were in the forest and supported her decisions.

When all she felt was neglect, he also assisted her in discovering her worth. Ser Criston expressed appreciation to her for giving him the Kingsguard position and improving his life. In the meantime, Rhaenyra respects his insight and counsel and appears to actually enjoy his company. They both stay the night in the woods. All Princess Rhaenyra really wanted was company and camaraderie in a world where dozens of men were vying for her hand in marriage to King Viserys.

The Excitement Has Passed.

However, the excitement quickly subsided when news of Daemon and Rhaenyra spread like wildfire throughout the realm. Viserys were notified of the circumstance by Ser Otto Hightower, Hand of the King, who claimed to be lying.

Ser Criston Cole knocked on Princess’ door the morning after their beautiful evening, and Rhaenyra smiled as she answered. Criston countered by saying that Queen was seeking her. She gave a smile to show how happy and devoted she is to her. However, Criston has obligations, and he undoubtedly feels guilty about what he did.